On June 14, 2021, the final NGN tranche (NGN 2011-M1 A5) matured with all noteholders being fully repaid. While the remainder of the legacy assets still must be liquidated, the majority of losses have now been realized. The chart below will no longer be updated.

Timeline of Legacy Asset Gross Losses as of June 30, 2021 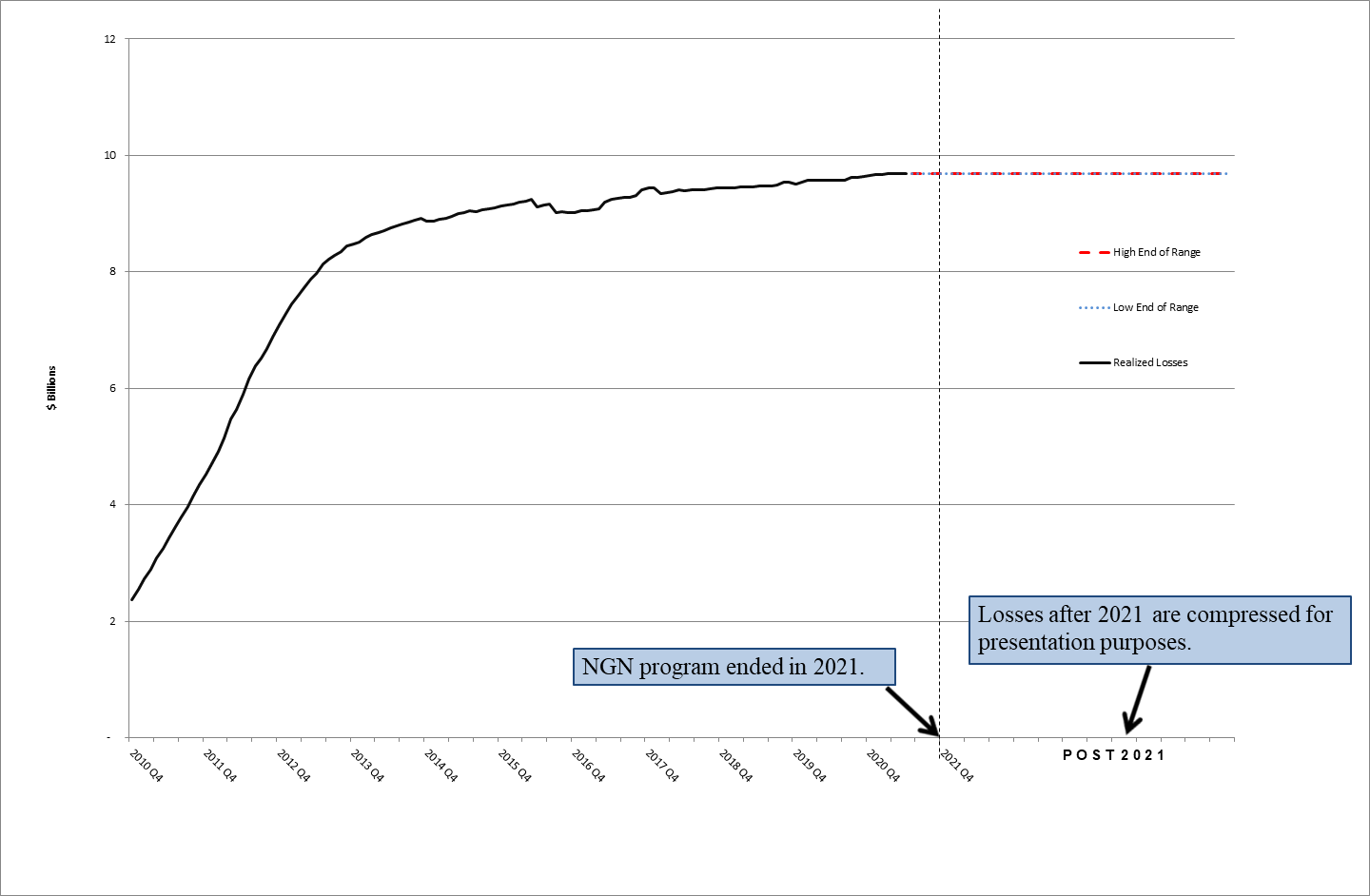 This line graph shows a timeline trend of historical losses, followed by a high and low end projection of losses on the legacy assets. The x-axis is time marked by year (starting year 2010 Q4, ending year 2021 Q4, and post-2021 thereafter). The y-axis is loss amount in billions of dollars. The graph shows the historical losses from 2010 Q4 to 2021 Q2, increasing from $2.4 billion in 2010 Q4 to approximately $9.7 billion for all assets from the failed corporates since issuance. For the projected future losses after 2021 Q2, the graph under pessimistic and optimistic assumptions shows a lifetime loss which is also $9.7 billion. The NGN Program ended in June 2021.

The current graph presents gross losses (excluding projected cash inflows associated with the NGN Program) and includes all Legacy Assets (not just those securitized into NGNs).

* The NCUA started the NGN Program as part of its strategy to isolate and fund the Legacy Assets of the AMEs, to provide urgently needed cash liquidity, and to significantly reduce losses in the credit union system. When the NGNs mature, the NCUA Board will consider all available options to minimize the overall cost to credit unions. Options may include, but are not limited to: re-securitization, outright sales, and holding the Legacy Assets. Additionally, combinations of the above strategies may be considered in an effort to fund the Legacy Assets at the lowest long-term cost.